Male born 94 Grey Brown eyes 21 kg
Bred by Rune Moen
Not the best anathomy, but extremely intense in harness, allways gave all he had, Had a stresslevel that was too much sometimes,  he has had problems with endurance
in younger years.
At home he was a nice, quiet and uncomplicated dog, friends with everybody.
Many of his offspring seem to have inherited the high stresslevel.
Kvikk moved to Stykket kennel when he was 5-6 years, served well in their team and lived there til he died  in 2006

Shows
He has never been showed 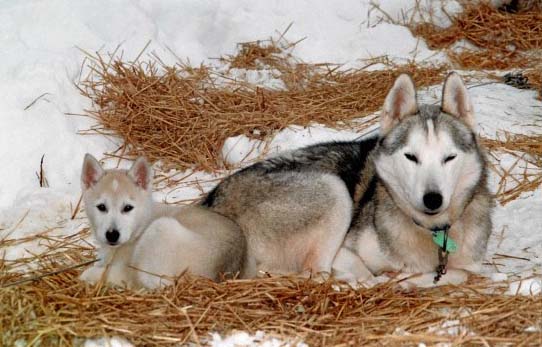